Spotted these in a high street shop this week. One globe is as you would expect – blue oceans, green and brown landmasses. The other is pink.

It may not say ‘boy’ and ‘girl’, but there can’t be any doubt that this is the intention. END_OF_DOCUMENT_TOKEN_TO_BE_REPLACED

While anticipation builds for the latest Star Wars movie, a glimpse of the new ships and characters we can look forward have been revealed with the latest LEGO Star Wars sets. END_OF_DOCUMENT_TOKEN_TO_BE_REPLACED

I remember a conversation with a friend over a decade ago. He had been a parent for a few years, I wouldn’t be for quite a few more. Primary schools were occupying his thoughts, and it came up that they wanted to send their daughter to the local Church of England (CofE) school.

His family is a mixture of cultures and religions, and while not full atheists they were largely secular – and definitely not Anglican. I was shocked he was considering a faith school, and remarked that I – an atheist – could never send my child to a religious school. “You’ll be amazed at what comprises you’ll make for your child’s education” he said. “Ha!” I replied (or possibly thought).

Fast forward 10 years. It’s time for us to choose a school for our daughter. So, did I indeed compromise? Would I send her to a church school if it happened to be best – of least worst – option?

My wife was brought up a Christian, and still goes to church at Christmas if she can, so this bothers her far less than me.

The town we have settled in has a mix of secular and church schools. It also has a recent history of having hideously oversubscribed primary schools. Many Londoners have moved to this commuter town, lured by (once) affordable housing and the good schools.

In this context, I realised I had to at least consider sending our daughter to a local faith school. Which I hated. While I have a live and let live outlook towards religion, I am firmly secularist when it comes to education. I feel schools – at least state schools – should not be religious. If you want your child to engage in your religion, I don’t feel state school is the place for that.

My concerns about sending our daughter to a faith school were validated after attending an open day. The head teacher repeatedly stressed that this was a Christian school, and that ethos had to be respected by parents and children. I wasn’t sure I could fully be on board with that, if our daughter was taught something I didn’t believe in – or knew to be untrue.

But I carried on looking around, my heart sinking further as we were told of the weekly visits to church, the vicar who comes in to give sermons, the ‘prayer corners’ in every classroom. So much time and effort spent on religion instead of education and play.

But the worse thing I encountered encapsulated why I didn’t want to send my child to a faith school.

Education shouldn’t be about religion versus science

On the wall of a reception class, I spotted a word cloud collage the teacher had prepared, with answers from the children to a question she had set. The question?

‘How do you think God created the world?’

Just think about that for a moment. It wasn’t ‘How was the world created?’ but how did God create it. The phrasing of the question had taken out any room for a fact based answer. When religious speculation trumps scientific understanding in education, we have a problem.

So, this school was bottom of my list. So bottom, that I didn’t want her to go there. I didn’t even bother with the Catholic school, given I already had issues with the seemingly more progressive Anglican one.

But… we had four choices, and only 3 in our area were non-faith. We could either leave the 4th spot blank and risk her getting in no local schools, or send her to a faith school.

I reflected that as a child I went to a pretty religious state school, where daily assemblies had hymns and bible readings, and RE was basically the history of the world according to the bible. It might as well have been a CofE school. And I still emerged from it a staunch atheist.

Perhaps I’d have to have ‘faith’ that our daughter would still be able to critically analyse what she was being taught, and not be indoctrinated – and would benefit from still being ‘local’.

As it turned out, she got into one of the local non-faith schools. Phew. It has a lower OFSTED rank, but a great community of engaged teachers, parents, and pupils working to make the school the best it can be – because we are all committed to it.

While I’m sure my daughter would have received a decent education at a church school, I’m not sure it would have been a positive experience for us as a family. I would feel compelled to contradict anything akin to the ‘God created the world’ statements of fact, which would essentially be me undermining the teachers authority. I also wouldn’t feel driven to become engaged in the school community, the way I am now.

Why are faith schools so popular?

It was interesting that while all the non-faith schools were over subscribed, the once bursting at the seams faith schools still have places available. They used to have strict entrance requirements about church attendance, which have now been relaxed to the point of being non-existent.

This is because 60 places had been added to the local primary school capacity a couple of years ago, because of the pressure on places. These 60 places were not at any of the faith schools.

Anecdotally, I know of many secular parents who lament the amount of ‘God’ at their child’s faith school. Perhaps they are like I would be, contradicting what their children learn in class, and not engaging in the school community as much as they might do otherwise.

I don’t think that’s a healthy environment to educate a child. So perhaps faith schools are best left to parents of faith – and us atheists should focus on getting our heathen schools up to scratch instead.

Widely publicised as the final feature film from legendary Japanese animation company Studio Ghibli, the gothic and mysterious When Marnie Was There shows what a great loss this would be.

The studio is most notably associated with co-founders Hayao Miyazaki and Isao Takahata, both of whom have announced their retirement. While neither of them have any credit on this, it is unmistakably recognisable as a Studio Ghibli movie (I cite my 4-year-old daughter’s reaction as proof).

This film is based on the Norfolk set novel by English writer Joan G. Robinson, and transposes the story to Sapporo in Japan. Anna is a 12-year-old who suffers from asthma and sometimes crippling anxiety. To aid her mental and physical health, she is sent to a seaside town to stay with relatives for the summer.

Her loner instincts initially remain, but she begins to form an intense relationship with the mysterious blonde girl Marnie, who lives in a mansion across the tidal marshes. 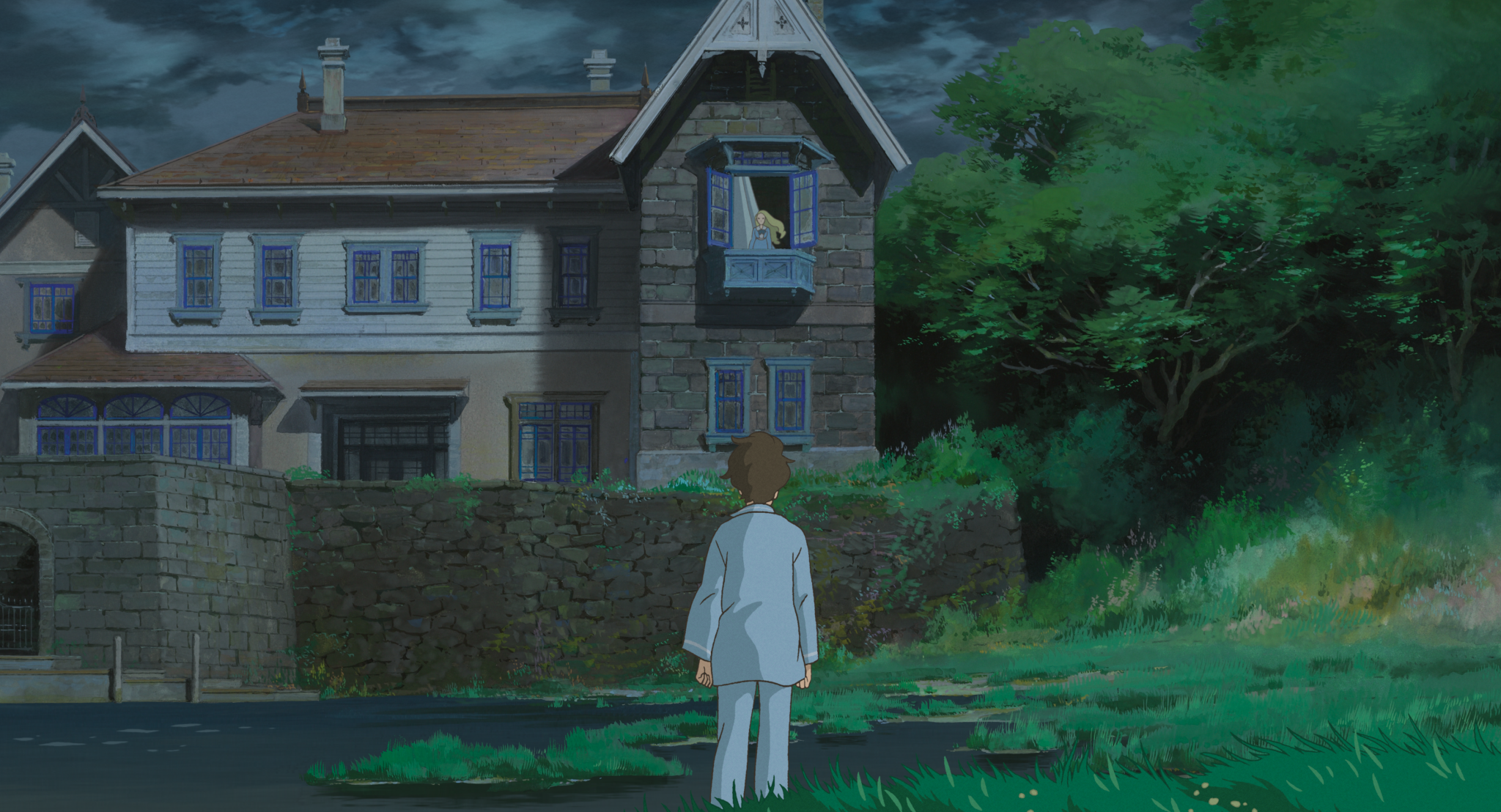 Director Hiromasa Yonebayashi – a Miyazaki apprentice – directed a previous Ghibli feature Arriety, also based on a classic English novel by a female author (The Borrowers by Mary Norton). But this is a far richer and more powerful tale, that will likely bring a tear to your eyes by the end.

Keen to offer my daughter alternatives to the princesses of Disney, Studio Ghibli has been a beacon of wonderful female characters. The troubled, timid Anna and the ethereal Marnie are both worthy additions to their range of engaging girls such as Kiki (Kiki’s Delivery Service), Satsuki & Mei (My Neighbour Totoro), Shizuku (Whisper of the Heart), Nausicaä (Nausicaä of the Valley of the Wind), Chihiro (Spirited Away), and more. 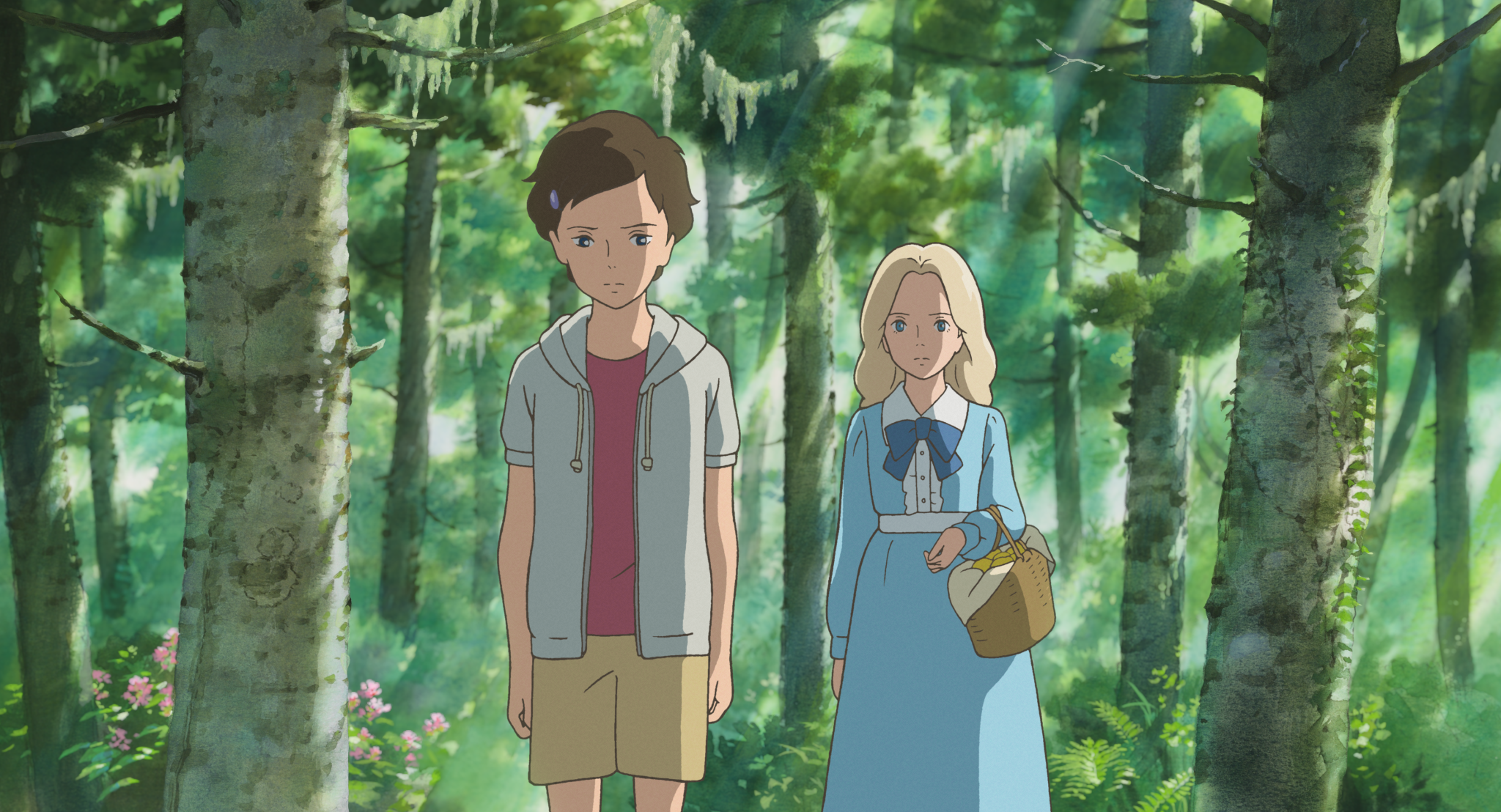 This emotionally intense tale will also fire the imagination of young minds, and despite it’s U certificate is a story of loss, resentment, heartbreak – and love. My 4-year-old daughter was visibly moved, and full of questions about the often melancholy tale at the end.

If you have yet to experience the wonder of Studio Ghibli, this is not the best place to start – depending on age, I would recommend any of the films mentioned above. But rest assured, when you come When Marnie Was There this will not disappoint.

‘When Marnie Was There’ is available on DVD and BluRay in the UK from STUDIOCANAL. We were sent a DVD copy for the purposes of this review.

Four years ago, I was living in New Zealand, enjoying my first few months of being a stay-at-home dad.

Like many, I had an interest in the US Presidential race and given the NZ/US time difference I remember watching the presidential debates live in the afternoon – my then baby daughter transfixed by the screen (we didn’t tend to have the TV on during the day).

Four years later and we’re back in the UK. I’m just as keen to watch the debates, only they are now in the very early morning. I record them and watch before my wife and now 4-year-old daughter wake up. Only for the second debate, my daughter woke up early.

When she came downstairs, I turned the TV off. I didn’t turn it off because I thought she might be bored. On the contrary, she would likely be asking me lots of questions about it.

That was the problem.

I would have to discuss issues of sexual assault, objectification, male privilege, and fat shaming. With a 4-year-old. And I would have to explain why a man as reprehensible as Donald Trump is in contention to becoming the most powerful elected leader on the planet.

My wife and I like to engage our daughter in the political process. For example, I have always taken her to vote with me (and we always vote). If this were a ‘normal’ US election, I would happily let her watch and listen to news reports and the like, and answer any questions. But not this time.

It isn’t just the debates. We like to listen to BBC Radio 4 in the mornings. My daughter always requests we turn it to Radio 2 (middle aged before her time), so we usually compromise and I keep listening to Radio 4 for a while. Not anymore, the radio’s on the music filled Radio 2 before she’s in the room.

Mitt Romney’s ‘binders full of women’ gaffe seems so quaint now, sexism from a bygone age. Yet it was just four years ago.

The thing I finally noticed about Trump in the last debate is that he acts like a badly behaved toddler. He’s petty, impatient, sees unfairness everywhere, and constantly complains to mum and dad (the moderators) about everything. He also gets frustrated at his inability to win arguments with valid reasoning, so resorts to lies, bluster, and bullying.

In answer to the question posed in the title – I simply can’t explain Donald Trump to my daughter. Or more to the point, I don’t want to just yet. So I’m going to let her sit this one out.

There will be a time to talk to her about men like Trump, and the way they view women. But hopefully it will be in the context of how he failed to become US president. Because if not, that conversation is going to be a whole lot tougher.

Writing this post, I was reminded of these Hillary Clinton campaign ads: